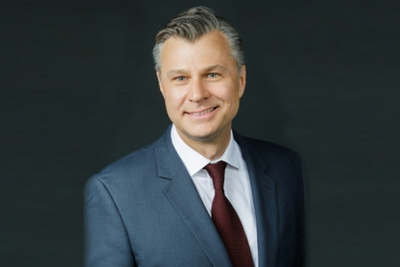 Wiebe is a Professor of Epidemiology at the University of Pennsylvania Perelman School of Medicine and a Senior Scholar at the Leonard Davis Institute of Health Economics. He also serves as director of the Penn Injury Science Center.

Wiebe runs the Ivy League – Big Ten Epidemiology of Concussion Study that was created in 2012 with a goal of increasing collaborative research on sport-related concussions. Right now, the total number of cases in the study database is 3,006. The database includes sport- and non-sport-related concussions that are captured across all Ivy League and Big Ten schools, representing a total of 27 sports.

“It was just last year that we published the first report,” said Wiebe. “It was a high-level overview of findings and detailed information on the history of the study and the methods used to report on concussion rates by competition and practice. There is much more to be studied from an epidemiologic standpoint and a policy standpoint.

“Another report we released in the last two years was the evaluation of the experimental football kickoff rule that was introduced in the Ivy League in 2016, comparing changes in concussion rates.”

Wiebe says the study looked at kickoff returns compared to all other types of plays.

“We found that there was a large reduction in sport-related concussion rates during kickoffs over that time period, which we attributed to that experimental kickoff rule,” said Wiebe. “Because data are being collected across conferences and over a considerable period of time, we are in a position to inform many policy and practice decisions, and try to find ways to make participation in varsity athletics safer.”

Wiebe adds there are many opportunities for learning about risks for concussion and risks for prolonged recovery following a concussion. His team is exploring the differences in concussions in men’s and women’s sports, club sports compared to varsity sports and different helmet types.

He shared some information on four different sports to help make his point: basketball, lacrosse, soccer and water polo.

“We have both women’s and men’s teams and found there were differences in injury mechanism by gender in some sports,” said Wiebe. “For example, in lacrosse the most common mechanism of concussion was from a ball or person, but more men sustained concussion from person.

“There are many opportunities to look even closer at how the games are played and whether there are opportunities to make the sport safer by identifying what is specifically happening on the field when concussions are sustained.”

Wiebe closed his remarks thanking the athletic trainers, team physicians and researchers across the collaboration adding that he looks forward to further participation and collaborative research to keep trying to find ways to make athletic participation safer.