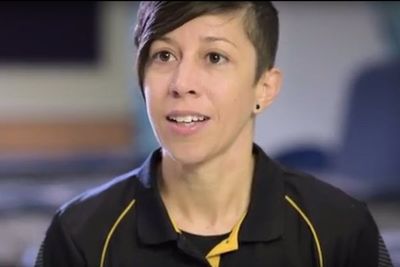 “Exercise and Sport Science Failing by Design in Understanding Female Athletes” was the title of a presentation given by Sophia Nimphius, Ph.D., at the 4th Annual Injury Prevention Summit, a partnership between Steadman Philippon Research Institute (SPRI) and the U.S. Olympic & Paralympic Committee (USOPC). Due to concerns from COVID-19, the Symposium was held online Wednesday, April 29, 2020. Thousands of researchers and practitioners were in attendance.

Dr. Nimphius is a Professor of Human Performance, lecturing in Biomechanics and Research Methods at Edith Cowan University School of Medical and Health Sciences. She also manages High Performance Services for Softball Western Australia. Her discussion was part of a section of the symposium dedicated to injury prevention for the female athlete.

Dr. Nimphius said people often conclude that female athletes have biomechanical differences in movement, but there are different variables to be considered. One is Title IX, which, according to Nimphius, has increased female participation in high sports by almost 1,000 percent.

“In a 2012 survey of high school strength conditioning coaches, we noticed a curious trend,” said Dr. Nimphius. “Strength and conditioning coaches for all female athletes were more commonly uncertified and less experienced. They may be getting opportunities, but they're not afforded the coaches that can teach them the motor skills and give them the knowledge to be effective movers.”

Dr. Nimphius also referred to her research report, “Comparison of Quadriceps and Hamstring Muscle Activity during an Isometric Squat between Strength-Matched Men and Women.”

“We aren’t doing enough research to compare male and female athletes independent of the effect of strength,” said Dr. Nimphius. “We strength-matched individuals and then looked at some of the common ratios of muscle activity. We found no significant differences between groups. The male athletes and the female athletes had a great range of variability. But when you compared between them, there was no real difference. We know that strength is fully modifiable and the rate of adaptation between resistance training programs for male and female athletes is similar. They may adapt in a different way, but the magnitude is indeed similar.”

Dr. Nimphius concluded with a request of the attendees, asking them to be more critical of research. She says it’s possible that female athletes appear different because they don't have the motor experience, the expertise of coaching or a system that provides adequate support throughout the length of their career.

“The take-home message is this,” said Dr. Nimphius. “When you're reading research and you're trying to conclude what we know about female athletes, ask if researchers measured and corrected for strength? Have they explained about their motor skills or familiarity with the skill being measured, and have they considered the individual differences that occur even within the group, instead of just over generalizing a group for the sake of a conclusion?”