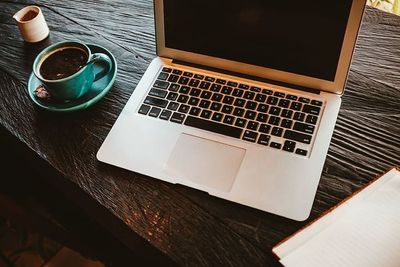 VAIL, Colo. – Steadman Philippon Research Institute (SPRI) and the United States Olympic & Paralympic Committee (USOPC) adjusted in response to the COVID-19 outbreak by converting the Fourth Annual Injury Prevention Symposium into a live virtual event that took place on April 29. The event is a partnership between SPRI and the U.S. Coalition for Prevention of Illness and Injury in Sport, led by the USOPC.

The response was overwhelming, with nearly 5,000 researchers and practitioners attending online and strong engagement on social media. More than 25 speakers from around the world united with SPRI and the USOPC to address many of the top issues related to the study of injury prevention, including the prevention of sport-related concussions, the USOPC’s response to the COVID-19 pandemic, prevention of suicide in athletes, injury prevention for the female athlete and more. Three-time Olympian Michelle Carter, who won shot put gold at the 2016 Olympic Games in Rio 2016, spoke about injury prevention from the athlete’s perspective.

Videos of many of the presentations are available on the SPRI YouTube channel.

Originally scheduled as a three-day conference in Vail, Colorado, the Injury Prevention Symposium was changed into a one-day webinar filled with presentations and question-and-answer periods with many of the same speakers who were slated to appear in Vail.

“The current health crisis has forced all of us to make drastic changes to our daily personal and professional lives,” said Dr. Marc Philippon, SPRI co-chair and managing partner of The Steadman Clinic. “We wanted to find a way to move forward with our Injury Prevention Symposium as it has been so well-received in its first three years.

“We are very appreciative that so many of our planned presenters—including keynote speaker Dr. Roald Bahr (MD, PhD)—were receptive to the change in plans and part of our first virtual symposium,” continued Philippon. “We made good use of the full day and hope that this change made it possible for a much bigger audience of participants, as those who normally could not travel to Vail had the opportunity to join us online.

“The speakers at this Injury Prevention Symposium are some of the most talented and innovative surgeons, researchers and clinicians in orthopaedic and sports medicine,” said Philippon. “At SPRI, we are always searching for new and more effective methods to help in the prevention of injuries. Our goal at SPRI and The Steadman Clinic is to find ways to help our patients return to their normal lives and sporting competitions as quickly and as painlessly as we can. There really is no better way to accomplish that mission than by finding ways to prevent injuries and the need for surgery and rehabilitation in the first place.”

Dr. Dustin Nabhan, co-chair of the Injury Prevention Symposium and vice president of sports medicine, research and innovation at the USOPC, shared this mindset, emphasizing the importance of injury prevention.

“At the USOPC, our mission is to empower Team USA athletes to achieve sustained competitive excellence and well-being. Injury prevention plays a major role in the work the sports medicine team does every day to support that goal,” said Nabhan. “The Injury Prevention Symposium shines the spotlight on the exceptional work that SPRI, The Steadman Clinic, our U.S. Coalition for the Prevention of Illness and Injury in Sport and other thought leaders are doing to promote athlete well-being. We are pleased that we were able to adapt to the difficult current conditions and to safely hold this knowledge-sharing symposium for the fourth year in a row. The successful online event offered  our elite speakers an opportunity to present their research to help athletes stay healthy and injury-free.”

Keynote speaker Bahr is a professor of sports medicine in the department of sports medicine at the Norwegian School of Sport Sciences and chair of the Oslo Sports Trauma Research Center. He is also chief medical officer and chair of the medical department at Norway’s National Olympic Training Center, Olympiatoppen. The focus of Bahr’s discussion was his team at the medical department at the National Olympic Training Center in Norway and its role in working with elite athletes.

“We have communicated very clearly that the first and foremost responsibility of our department is the long-term health of the athlete,” Bahr said in his keynote address. “This should weigh more than winning medals in the short term, and that our primary motivation should be the health of the athlete, not performance. The main goal of the department is to provide optimal medical treatment for today's and tomorrow's elite athletes, as well as focus on working to prevent injury and illness.”

Current events also played a major role in the Injury Prevention Symposium agenda. Bahr’s remarks were immediately followed by Jon Finnoff, DO, who spoke on the USOPC’s response to COVID-19. Finnoff, who joined the USOPC staff in March as its chief medical officer, outlined steps taken by his organization as it faces the obstacles posed by the widespread virus.

With more than two decades of experience in medical treatment of sports injuries, Finnoff joined the USOPC after serving as medical director for the Mayo Clinic Sports Medicine Center in Minneapolis. After presenting an overview and timeline of COVID-19, Finnoff documented how rapidly the crisis progressed during his first month on the job at the USOPC. As of the end of February, very few cases were documented in the United States, but life-altering changes were coming very quickly.

“I started my job on March 2, but within a week and a half the WHO (World Health Organization) had declared the outbreak a global pandemic,” said Finnoff. “By March 24, the 2020 Tokyo Olympic and Paralympic Games had been postponed until 2021.
COVID-19 hit us hard and fast. The response we had was dynamic and multifaceted; it often reacted to changes in public health mandates. We implemented a broad infection control strategy that I felt was very successful, based on a limited number of cases in a high-risk, high-density population.

“We have a very challenging path ahead with respect to re-entry in a post-COVID-19 world,” continued Finnoff. “Until we have a vaccine or cure or the virus happens to die out, we are at risk for transmitting this disease. I think we have a good plan in place, but there is no way of eliminating all types of risk.”

Concussions are always primary points of focus at the Injury Prevention Symposium. This year’s discussion was led by Douglas Wiebe, PhD, a professor of epidemiology at the University of Pennsylvania Perelman School of Medicine and a senior scholar at the Leonard Davis Institute of Health Economics. Wiebe runs the Ivy League – Big Ten Epidemiology of Concussion Study that was created in 2012 with a goal of increasing collaborative research on sport-related concussions.

One of Wiebe’s reports centered around an experimental rule put into place in the Ivy League in the past two years for kickoffs in the game of football. “We found that there was a large reduction in sport-related concussion rates during kickoffs over that time period, which we attributed to that experimental kickoff rule,” said Wiebe. “Because data are being collected across conferences and over a considerable period of time, we are in a position to inform many policy and practice decisions, and try to find ways to make participation in varsity athletics safer.”

Detroit Pistons Director of Sport Performance Trent Salo delivered a session entitled, “Return to Play Considerations in the NBA.” Salo has studied Return to Play (RTP) carefully, calling upon his experiences dealing with a serious leg injury as a basketball player at Calvin College, his training as a physical therapist and his time as a strength coach at the college level.

After outlining specific actions recommended for an RTP policy, Salo summarized his thoughts and concluded with some important principles he embraces in his work with Pistons players.

“We look at our athletes as people first, athletes second,” said Salo. “We focus on what they can do when they are injured, not what they can’t do. The return to play process is…principle-based, criteria-based, athlete-centered and objective. We’re trying to bring as much objective data to the decision as possible.”

A full segment of the afternoon portion of the symposium focused on issues surrounding female athletes. “Exercise and Sport Science Failing by Design in Understanding Female Athletes” was the title of a presentation given by Sophia Nimphius, PhD. Nimphius is a Professor of Human Performance, lecturing in Biomechanics and Research Methods at Edith Cowan University School of Medical and Health Sciences and also manages High Performance Services for Softball Western Australia.

“We aren’t doing enough research to compare male and female athletes independent of the effect of strength,” said Nimphius. “We strength-matched individuals and then looked at some of the common ratios of muscle activity. We found no significant differences between groups. The male athletes and the female athletes had a great range of variability. But when you compared between them, there was no real difference.”

Dr. Nimphius concluded with a request of the attendees, asking them to be more critical of research. She says it’s possible that female athletes appear different because they don't have the motor experience, the expertise of coaching or a system that provides adequate support throughout the length of their careers.

“The take-home message is this,” said Nimphius. “When you're reading research and you're trying to conclude what we know about female athletes, ask if researchers measured and corrected for strength? Have they explained about their motor skills or familiarity with the skill being measured, and have they considered the individual differences that occur even within the group, instead of just over generalizing a group for the sake of a conclusion?”