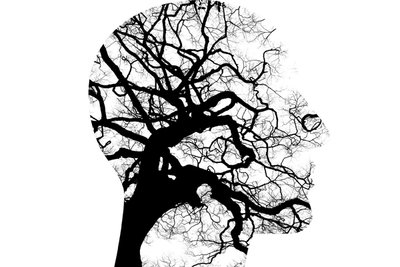 VAIL/COLORADO SPRINGS, COLO. – Mental Health headlined the scientific session on the second day of the 6th Annual Injury Prevention Symposium, jointly hosted by Steadman Philippon Research Institute (SPRI) and the U.S. Olympic & Paralympic Committee (USOPC). The event, now in its third year as a completely virtual presentation and delivered live to physicians, scientists, athletic trainers and other health practitioners around the globe.

Implementation of SMHAT for Tokyo and Beijing

Dr. Taryn Brandt is a senior mental health provider with the USOPC and spoke about a sport mental health assessment tool used with the Olympic and Paralympic delegation during the Beijing Winter Olympics, as well as mental health services that were available to athletes before, during and after the games.

The sport mental health assessment tool (SMHAT) was deployed about three weeks before most athletes’ departure for the games.

During the assessment, about 50% of athletes were flagged for at least one specific disorder on an athlete psychological strain questionnaire including depression, eating disorders and sleep disorders.

The team is now using that information to look to the future.

“As a mental health services team, we've had the opportunity to reflect a little bit on the deployment of the SMHAT both for the Tokyo and Beijing Games,” said Dr. Brandt. “One thing we would like to think about as we move forward is the idea of deploying the SMHAT more regularly rather than only before Games. Perhaps before World Championships or other large-scale events, but also being able to deploy the SMHAT at various points throughout the year so that we can track those athletes who may be flagging on particular measures.”

Dr. Emily Clark, another senior mental health provider based at the Colorado Springs Olympic and Paralympic Training Center, continued the theme of mental health support provided during the Games and how to intervene more effectively.

She shared more information about the athlete psychological strain questionnaire.

“They're giving us a snapshot in a moment of what someone might be struggling with, and it opens the door for a conversation,” said Dr. Clark. “The athlete psychological strain questionnaire is the initial tool presented to the athlete and based on how they answer we open up six additional tests.

“The purpose of this would be to incorporate validated measures to identify and reach athletes experiencing psychological distress so that we can connect them with resources. We also wanted to provide targeted and timely intervention.”

Dr. Bartley said she joined the USOPC in September 2020 after an external taskforce determined a mental health emergency action plan and Director of Mental Health was needed. She explained how the initial plan was put together.

“We had a lot of key scenarios and trainings and taught different groups how to manage a mental health emergency based on their education or training or the department that they work in,” said Dr. Bartley. “We've also done quarterly hands on training. Again, we’ve had case scenarios that have come up and we've made adjustments and tweaks.”

Dr. Bartley told the group they are now tailoring the mental health emergency action plan to events that are not hosted by the USOPC, and they’re looking at younger athletes and those that are beyond their sport or in retirement to support them as well.

She began by defining the difference between a crisis and an emergency.

“When we think about a crisis, we're thinking about a life situation where there's a disruption or a breakdown in someone's everyday typical baseline pattern of functioning,” said Dr. Brutus. “It really boils down to, is there a life threatening situation?

“I also think it’s imperative to always bear in mind that in an emergency, if there's a medical component to it, medical precedent takes priority over anything that's related to mental health in order to ensure that stability is set in place, then address the mental health aspects that might be a part of this particular experience.”

She then talked about the elements that must be considered when creating a mental health emergency action plan including after-hours processes and procedures, who is a part of the interdisciplinary consultation team, for example a team physician, and understanding documentation requirements.

Mental Health Considerations for the Team Behind the Team, Mental Health and Wellbeing of Sports Medicine Providers

“The general culture of sport in sports medicine has been that it is a 24/7 job,” said Dr. Cawthra. “We are always available. We are always on call. If somebody needs something you're there and that creates an inherently different timeline of care for athletes than it does for providers.

“As a sports medicine provider, you have this constant commitment to prove your value, your credibility, your competence. And so of course, you say ‘yes, I'll be there, whatever you need,’ and that constant commitment comes from constant change. Ultimately, who you're working with, whether it's the athletes, the coaches, the administrators, the management team is always changing. Always people coming in and coming out and that creates instability with the role of a sports medicine provider.”

Dr. Cawthra says if it hasn’t already taken over, burnout is looming for sports medicine providers, and it must be acknowledged. Otherwise, emotions, stress and distress become overwhelming.

“What I see in sports medicine is that we are all high performers,” said Dr. Cawthra. “Not just the athletes, but all of us. We are also regulating our emotions or reactions. We're trying to shift our attention and our focus. And we have to maintain that cognitive sharpness to attend to emergencies and respond to athlete needs.

“I am here to remind every single one of those other people that they are important too. And if they're not at their best, there's no way that the athlete can be at their best.”

Dr. Cawthra says she creates a relationship of trust and safety so she can be approachable and available. She talks about self-care and creating a culture in sports medicine where time off is welcomed.

“We all know that taking time off comes at an expense,” said Dr. Cawthra. “But that’s part of what prevents people from taking it. My vote is to create a community where we all understand that this is important, it's valuable and what we need to do to help each other.”