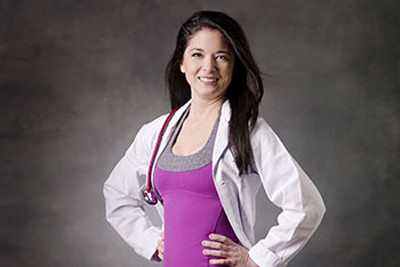 Dr. Wright’s engaging opening remarks—to a diverse crowd that included Summit speakers, moderators and attendees, as well as sponsors and local guests—centered on the topic of “Precision Longevity: Re-thinking what it means to Live Long and Prosper.”

Following her presentation, Dr. Wright summarized her thoughts and her approach to talking about aging and how she has developed that philosophy.

“As an orthopaedic surgeon using mobility in my tool box, I have always believed that by restoring mobility I have been saving lives,” said Dr. Wright. “My colleagues and I began looking a long time ago—in 2000 actually—at how we could continue a lifespan that is active, mobile, joyful and not go down some slippery slope to frailty. There is a lot of science behind that.”

In order to get her message across, Dr. Wright did have to challenge some common perceptions about aging.

“As we did this work, I continued to see in the popular media the entire push as ‘anti-aging,’” continued Dr. Wright. “The fact is that from the minute of conception to the minute of our death, aging is one of our most natural processes. We actually want to do it. But how we do it and how we talk about it is critical.

“So, we’ve created this vocabulary of being ‘age-LESS’ and not being defined by some number of birthday candles,” continued Dr. Wright. “It would be better if we were just living optimally, performing optimally from the backyard to the board room to every aspect of our lives, no matter what chronologic age we are.”

As this event was the Vail Scientific Summit, Dr. Wright emphasized the science behind this current approach to the aging process.

“The science we’re doing here actually is to optimize whatever age we are at every moment, being ‘age-LESS’ and being authentic,” continued Dr. Wright. “We are going to be as optimized both with science and with our lifestyle and attitude as much as we can.

“And we’re going to be indefinable. Do not tell me how someone in a certain chronologic age is supposed to act or be,” said Dr. Wright. “You can see examples all over the place like a 97-year-old living their best life, being out there and being productive. And you can also see the unfortunate 30-year-olds who act and move much older than their chronologic age. So, the ‘age-LESS’ process is truly indefinable.”

As Dr. Wright pointed out, the words themselves can create issues as people get older.

“The simple term ‘aging’ can strike fear and trembling in the hearts of people because it is the unknown,” said Dr. Wright. “We only remember by looking backward how carefree we were when we were younger. The fact is for those of you who have not lived a long time, life gets better with experiences. It gets richer, deeper and more authentic, but you don’t know that. So, we may be okay where we are now but if you look ahead and think about anti-aging we can only think about the past.

“We can’t go into the future going backward. We have to pivot and look toward the future and take action to optimize every moment,” continued Dr. Wright. “We can’t do that if we are always trying to run away from death instead of optimizing now with the science, with the lifestyle and with normalizing the aging process.”

Dr. Wright, who is proud to admit that she is 54 years old, makes every attempt to practice what she preaches.

“In health it’s difficult for me to get people to make decisions now for the future because they don’t know themselves then (in the future). So, I try to show people how to optimize in the moment, to live more in the moment.

“I encourage people not to focus on taking care of themselves for tomorrow, but that the inputs that you do today can dramatically affect the outcomes of tomorrow.

“All I want you to care about is how you feel today.”

And in the years ahead, Dr. Wright plans to optimize in the moment, living in the present and feeling much the same way as she is today and, at all times, living as “age-LESS” as she can.