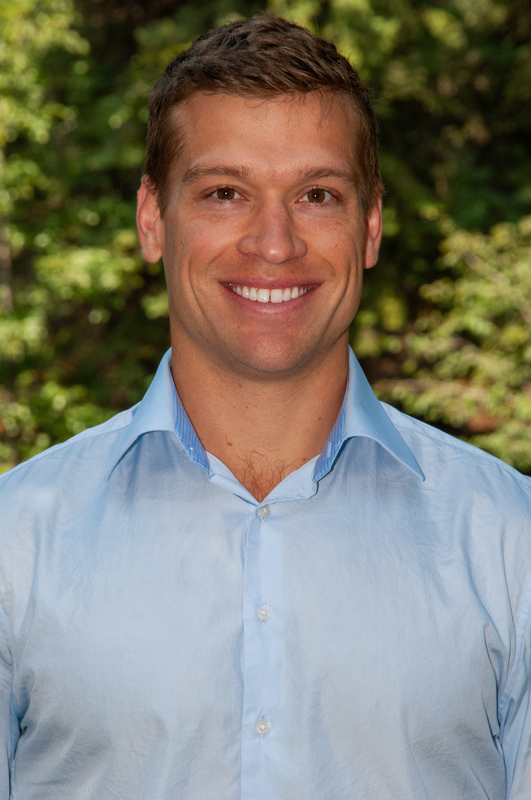 Dr. KC Doan was born and raised in Kansas City, Missouri. After completing high school, he opted to attend an accelerated BA/MD program at the University of Missouri, Kansas City. At the age of 24, Dr. Doan finished undergraduate and medical school training and pursued his dream of becoming an orthopedic surgeon. During college and medical school, he was active in both D1 collegiate and club level rugby, as well as volunteerism for adaptive sports.

KC then moved to Colorado to attend the University of Colorado Orthopedic Surgery Residency. During his time at CU, he was able to be involved in the care of athletes from the high school level all the way to the collegiate and professional level in Boulder and Denver. He was also involved in various research studies from basic science to clinical outcomes research. Working alongside his co-residents and mentors, he found his niche in Orthopedic Sports Medicine caring for the active population of Colorado.

KC will be joined by his wife Dr. Sarah Doan in Vail. She will be finishing her pediatric training in Des Moines, Iowa, and applying for a Pediatric Emergency Medicine Fellowship. Together they are excited to join SPRI for the incredible training and mentorship it offers. 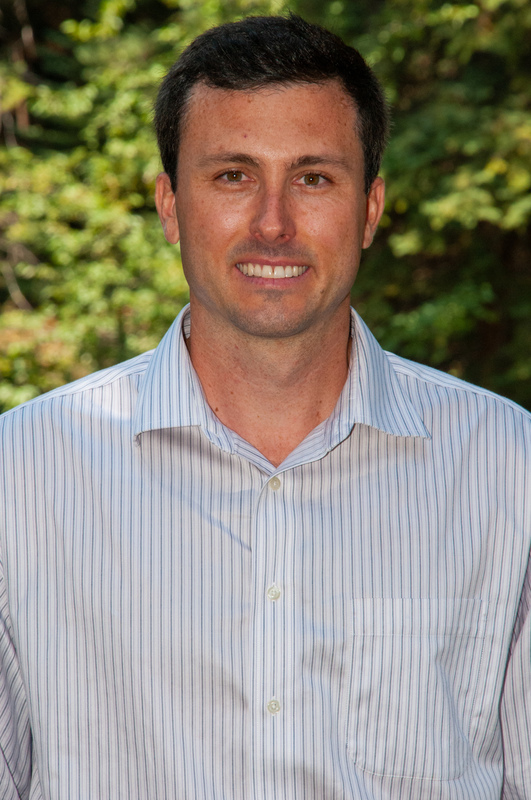 Dr. Foster went on to complete his orthopaedic surgery residency at the University of Maryland. During residency he had the pleasure of providing team coverage for division I programs, including the University of Maryland football and basketball teams, as well as local high school football teams. Dr. Foster acted as Administrative Chief Resident during his final year of residency and was chosen as an American Orthopaedic Association resident leader. He published numerous peer reviewed articles and his research interests include optimizing surgical outcomes following elective shoulder surgery, optimizing post-operative pain protocols, and identifying methods to enhance orthopaedic surgery resident education.

Dr. Foster’s interests outside of medicine include hunting, fishing, golfing, hiking and snowboarding. He is excited to move to Vail with his wife, Heather, their daughter, Hadley, and their dog, Bear. Michael and Heather are also excited to welcome their new baby daughter in the fall of 2021. The Foster family is looking forward to exploring all the Vail area has to offer. 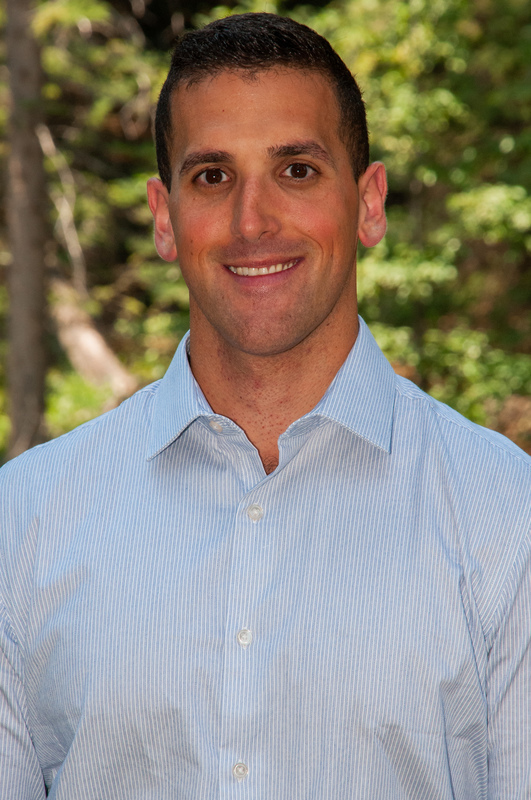 Dr. Jildeh was born and raised in Okemos, Michigan. He attended Michigan State University where he graduated summa cum laude and from the Honors College with a degree in Biochemistry and Molecular Biology. He matriculated to Wayne State University School of Medicine with an academic merit scholarship, where he was awarded the Palmer Award for top medical student in orthopaedic surgery. He went on to complete his residency at the Henry Ford Health System where he provided physician coverage for many metropolitan Detroit area high schools, colleges, and professional teams including Wayne State University, Lawrence Technical University, and the Detroit Pistons.

During residency, Dr. Jildeh was selected as an Administrative Chief Resident and was chosen as an American Orthopaedic Association Emerging Leader. He concurrently completed the Davidson Fellowship in Entrepreneurship. He was ultimately awarded the prestigious distinction of “Most Outstanding Resident” by the Henry Ford Health System.

Dr. Jildeh published numerous peer reviewed articles and textbook chapters and his research has been presented at both national and international meetings. His academic interests include the management of injuries in non-elite and elite athletes, optimizing surgical and nonsurgical outcomes in sports medicine, and improving postoperative pain control using opioid-sparing surgery.

Outside of medicine, Dr. Jildeh enjoys playing guitar, lifting weights, hiking, and playing sports. He is thrilled with the opportunity to train at The Steadman Clinic and Steadman Philippon Research Institute and is looking forward to the world-class mentorship and clinical care. 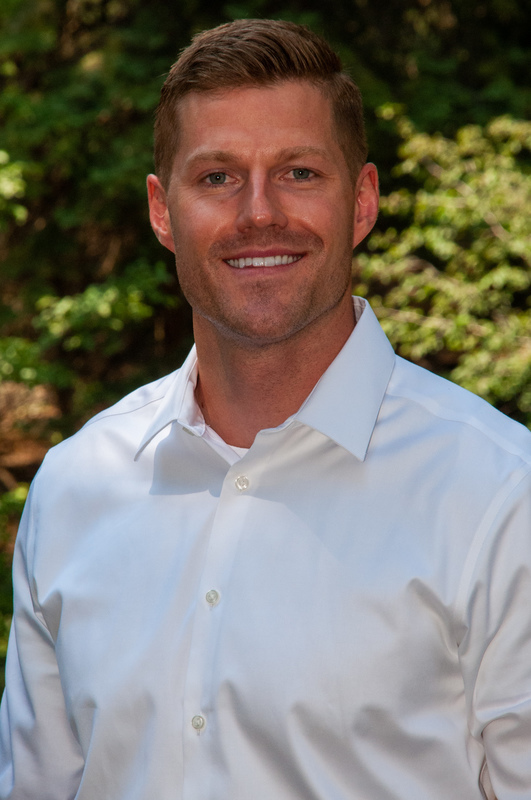 Jordan Liles, MD was born and raised in the small town of Lena, Illinois. He has always had a passion for athletics and was able to compete in Track and Field at Western Illinois alongside his twin brother, Jeff, who is currently finishing training in Orthopaedic Surgery at Loyola University Chicago. While at Western Illinois, Dr. Liles graduated Summa Cum Laude with a degree in Biochemistry. He then attended medical school at Loyola University Chicago and competed on the Track and Field team for the Loyola Ramblers during his first year of medical school. Dr. Liles then completed his orthopaedic residency at Duke, where he expanded on his love for athletics and education, teaching an undergraduate anatomy class at Duke and serving as lead resident physician for Duke men's basketball, men's football, and women's volleyball. His research interests include physeal sparing surgical procedures and arthroscopic management of complex hip pathology.

He is very honored and excited to spend a year training at the Steadman Philippon Research Institute. Outside of medicine, Dr. Liles enjoys photography, golf, the outdoors, and home renovations. 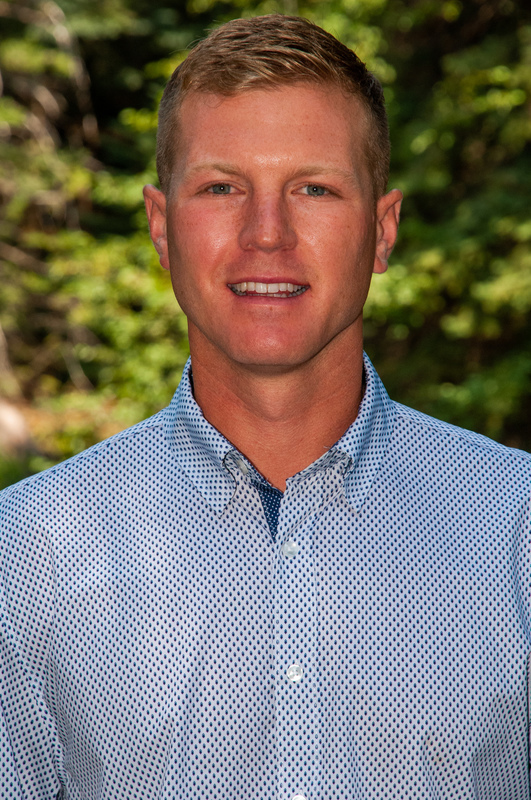 He completed his residency at the Mayo Clinic in Rochester, Minnesota. While at the Mayo Clinic, he provided physician coverage for the Century high school football team, the Rochester Grizzlies junior league hockey team, and assisted with both Minnesota Timberwolves and Minnesota Twins coverage. His research interests include anterior cruciate ligament injuries, femoral acetabular impingement, and shoulder instability. He has published numerous research articles and has presented both nationally and internationally.

Dr. Melugin's interests outside of medicine include snowboarding, fly-fishing, golfing, exercising, and spending time outdoors with his family. He and his wife, Kelsey, are very excited to move to Vail and take advantage of all the area has to offer with their three kids, Finley, Ellie, and Cole. 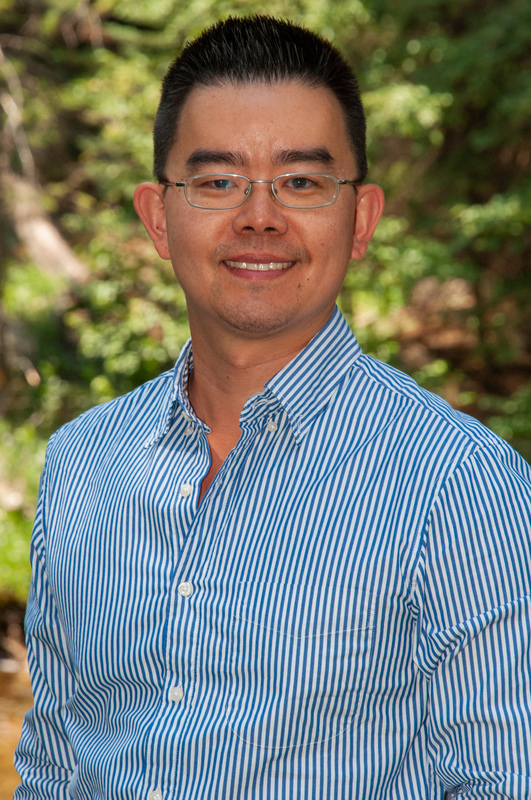 Dr. Su was born in Canada and moved around quite a bit as a child, before his family settled around Cleveland, Ohio. He graduated summa cum laude with honors from Case Western Reserve University with a B.S. in Biology, B.A. in Psychology, and a minor in Chemistry. During his undergrad years, he received a Howard Hughes medical institute research grant for his work in myelopoiesis. After college, he was accepted into the combined M.D./Ph.D. Medical Scientist Training Program at Case Western where he completed his Ph.D. thesis in transplantation immunology at the Cleveland Clinic, performing cardiac transplants in a mouse model and evaluating methods to prolong graft survival. This work earned recognition with a Young Investigator Award from the American Transplant Congress. While Chuck was initially planning on pursuing transplant surgery, he quickly fell in love with orthopaedic surgery during his 3rd year clinical rotations. He graduated Alpha Omega Alpha from medical school and ultimately joined the residency program at University Hospitals/Case Western. His clinical and research interests in orthopaedic surgery include hip arthroscopy, clinical outcomes, and post-traumatic arthritis.

Outside of medicine, Chuck loves spending time with his wife and 2 children, cooking, traveling, Cleveland sports, and enjoying the outdoors. He and his family are looking forward to the world class training and mentorship at SPRI, as well as all the outdoor experiences Vail has to offer. 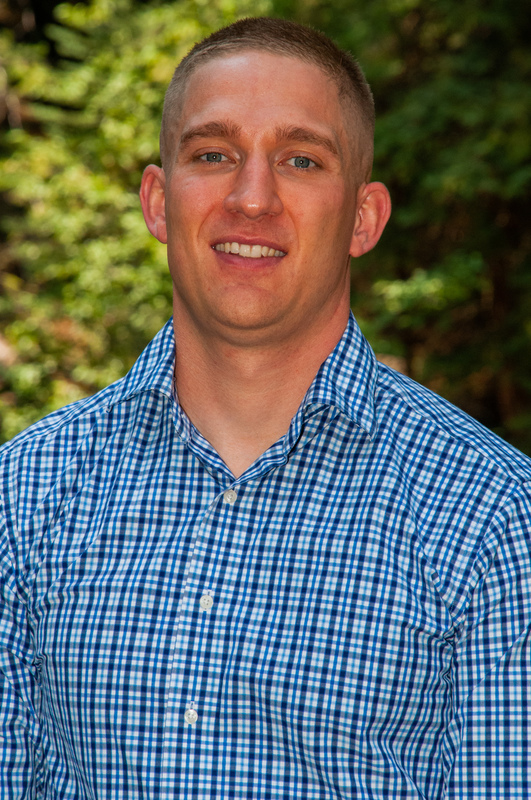 Matt and his wife Erica are very excited to be moving to Vail. They look forward to mountain biking, hiking, fly fishing, camping and skiing/snowboarding while in Colorado. 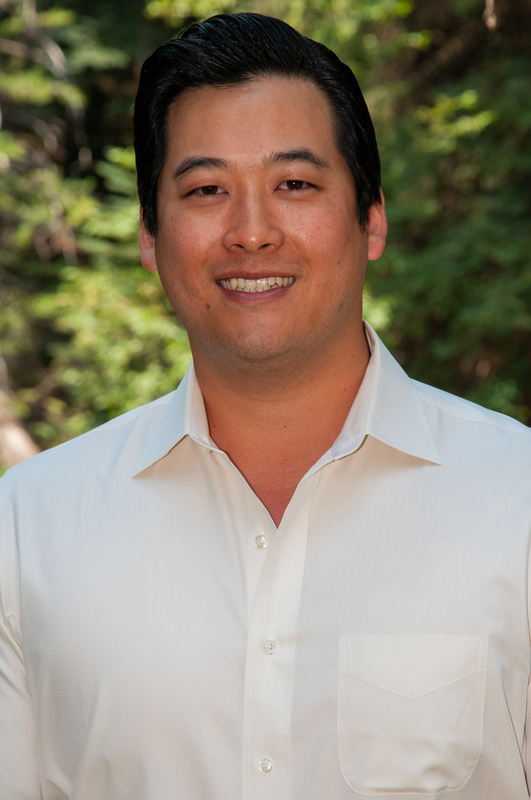 Born and raised in Detroit, MI, Stephen attended the University of Michigan where he double majored in mechanical engineering and biochemistry. During his time there, he played hockey as a goaltender on the university team. A two-time Olympic athlete, Stephen was also selected to play for Team USA in the Winter World University Games in 2007 in Turin, Italy, and in 2009 in Harbin, China. After that, he hung up his skates and went to medical school, at the Wayne State University – School of Medicine. There he found his calling in sports medicine and orthopaedics and went on to complete a residency in orthopaedic surgery at the NYU – Hospital for Joint Disease.

During residency, Stephen completed research focusing on sports medicine, shoulder arthroplasty, and hip arthroscopy. He developed a passion in team coverage, caring for NYU and LIU athletics, Alvin Ailey Dance, and the National Women's Hockey League. At the end of his residency, Stephen was elected by his peers, winning the Ralph and Phyllis Lusskin Resident Teaching Award. He eagerly looks forward to starting his fellowship at the Steadman Philippon Research Institute.

Outside of medicine, Stephen enjoys staying active, lifting weights, eating, and enjoying the outdoors. He and his wife, Grace, along with their cavapoo puppy, Fudgie, are excited to explore and enjoy what Colorado has to offer. 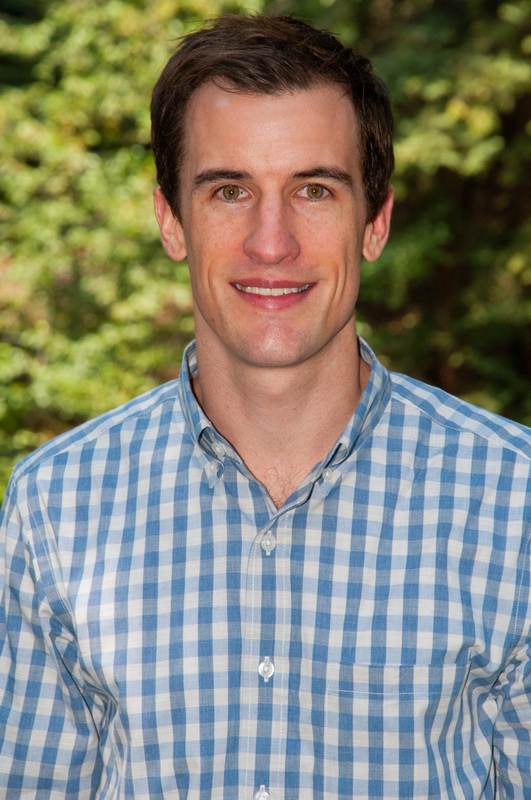 Dr. Duncan was born in Jackson, MS and raised in the Tri-cities of northeastern Tennessee. Throughout high school he played soccer for club teams in Asheville, NC and Knoxville, TN as well as state and regional teams in the Olympic Development Program. He moved to Memphis, TN for college where he joined the University of Memphis Men’s soccer team. He led the Tigers in scoring three out of four years, earning All-Freshman and All-Conference honors while competing in Conference USA. In his senior season he was named to the Capital One/CoSIDA Academic All-America team, the highest academic honor in the history of the program. He was also named the 2011 University of Memphis Male Scholar Athlete of the Year. In 2012, he was a recipient of the C-USA ‘Jim Castaneda Postgraduate Scholarship’ and graduated with a degree in biology.

Dr. Duncan’s interests outside of medicine include snowboarding, skiing, water skiing, wake surfing, soccer, and playing the drums. He and his wife, August, whom he met during his time at Memphis, enjoy visiting and hiking national parks together as well as attending concerts and music festivals. Parker, August, and their dog Harper are excited for the once in a lifetime opportunity to live in Vail and look forward to an incredible year. 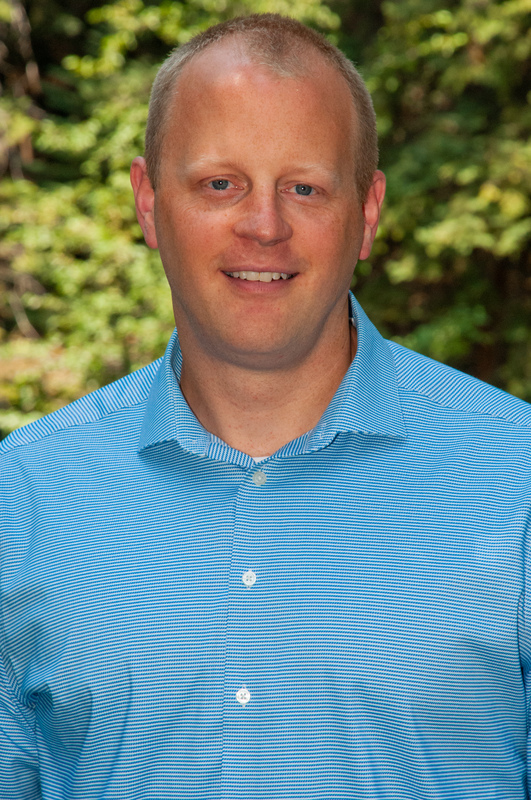 Trevor was born and raised in the Salt Lake City area. He attended the University of Utah and completed a dual degree (B.S./M.S.) program in biomedical engineering. While getting his degrees, he worked in the Orthopaedic Research Laboratory for the University of Utah and later worked as a laboratory assistant completing various orthopedic biomechanics studies before attending the University of Utah School of Medicine. He then completed his orthopedic residency at the University of California, Davis where he had an additional year designated to research. During his residency, Trevor won several research awards at both national and international meetings and published nearly 40 peer-reviewed articles. Following residency, he completed an orthopedic sports medicine fellowship in Los Angeles at the Southern California Orthopedic Institute. Trevor is looking forward to an additional year of fellowship focusing on open and arthroscopic hip preservation surgery with Dr. Philippon and Dr. Matta.

Trevor and his wife, Erika, and three young children are looking forward to trading the beaches near Los Angeles for the mountains of Vail. They look forward to hiking, skiing, and exploring all the Vail Valley has to offer.